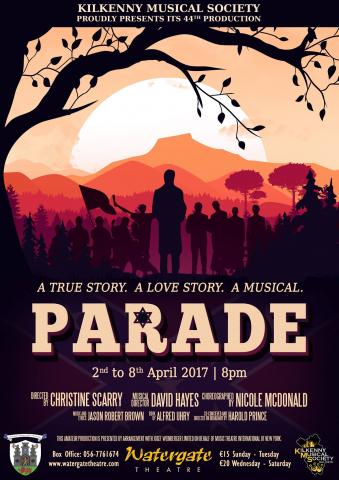 History tells us his fate…  now relive his journey ...

Some stories are so great, so epic in their impact and poignancy that they stretch through the annals of time. The case of Leo Frank is one such story.  Was he a monster, capable of killing a child and deserving of his fate, or an innocent man who became the scapegoat for a society overflowing with resentment towards rich, Jewish factory owners, a public outcry over the exploitation of child workers and a ruthless, unmerciful media culture?

This tragically captivating story is at the heart of the musical, PARADE, the KMS show for 2017, starring Michael Hayes and Sarah Brennan as Leo and Lucille Frank.  Renowned for their insightful dramatic portrayals as evidenced by previous successes Michael Collins: A Musical Drama, Sweeney Todd and most recently The Full Monty, they take on this monumental show which is guaranteed to carry its audiences along on a wave of triumph, despair, hope and anger.  Combined with an epic score, Parade is a show that will leave an indelible print on those who experience it. 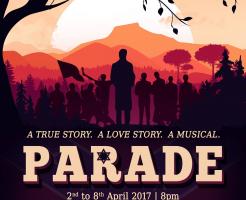