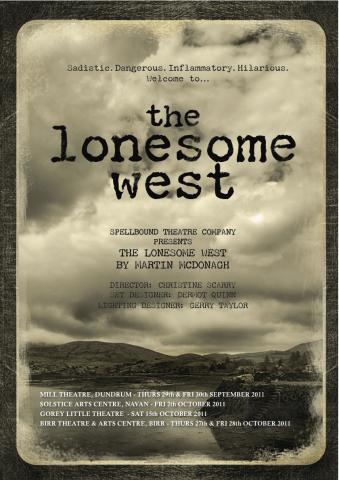 In a small town that's fast becoming the murder capital of the world, two brothers battle it out over a dead father, an inheritance and a packet of crisps.

Sadistic, dangerous, inflammatory and hilarious.  Welcome to The Lonesome West.

The Lonesome West is the third instalment in Martin McDonagh's award-winning Leenane Trilogy.  It tells the story of Coleman and Valene Connor, whose dysfunctional co-habitation plays out an hilariously dark vision of the human condition.