(in aid of Cystic Fibrosis Ireland)

Directed by Christine Scarry, accompanied by David Wray, join Clare O'Malley and Richard Shaffrey as they sing the work of Sondheim, Weill, Gilbert and Sullivan, Menken, Bucchino and Schwartz. 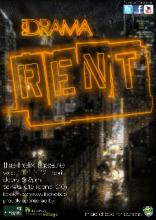 Opening April 10th, the iconic musical: RENT - follow the journey of a group of impoverished young friends struggling with artistic frustration in New York City under the shadow of HIV/AIDS. They embrace their uncertain futures, facing each day with enthusiasm and humour, living life to the fullest as if there were “No Day but Today”. 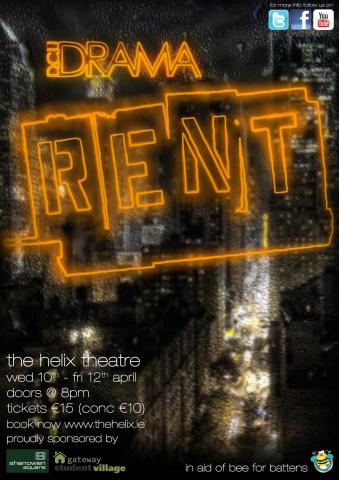 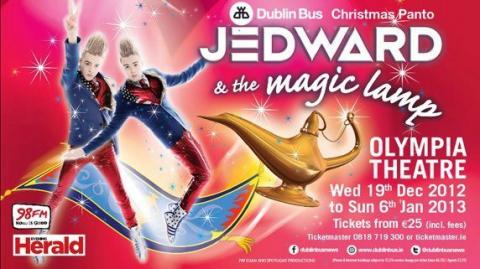 JEDWARD AND THE MAGIC LAMP 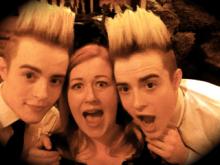 The Olympia Theatre's Christmas 2012 pantomime Jedward and the Magic Lamp provides an unforgettable evening of hilarity for the whole family.  Packed with brilliant comedy, stunning song and dance routines and dazzling costumes.

The Olympia Theatre in Dublin welcomes you to a captivating re-telling of a time-honoured classic, with a contemporary touch, that is sure to enthrall the bright-eyed dreamer in everyone.  Jedward are once again joined by the wonderful Linda Martin, Fair City’s Ryan Andrews and the outrageous Al Porter. 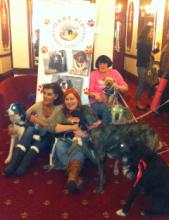 Christine along with Linda Martin and Jedward, helped raise funds for Dogs Aid at the Olympia Theatre after a sell-out production of Jedward and the Magic Lamp.

Dogs Aid is a charity set up by three ladies in 1987 to help dogs that were unwanted and abandoned in Dublin, Ireland. Since then they have helped rehabilitate and rehome hundreds of dogs. Dogs Aid has a no destruction policy so they never put a recoverable dog down and, as a result, the sanctuary is a permanent home for many forever dogs that are "too old or too bold" to be rehomed.

AN EVENING WITH JOHN BUCCHINO & FRIENDS 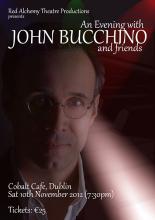 Following his masterclass on 9th November, John will sing and play some of his beautiful songs in the intimate setting of the lovely Cobalt Cafe, Dublin. He will also accompany the masterclass participants in performing more of his material. 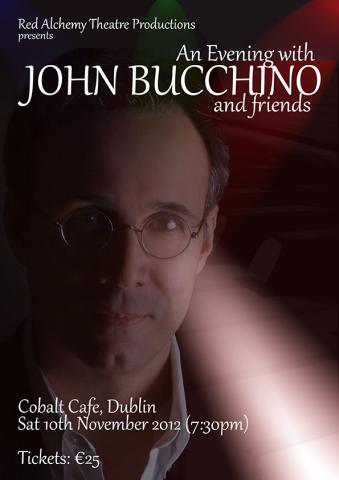 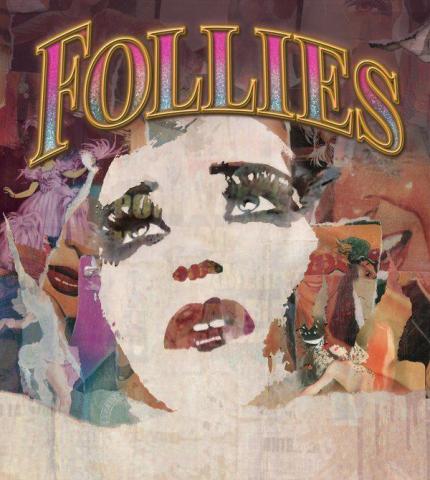 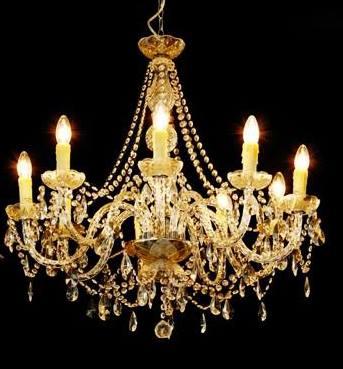