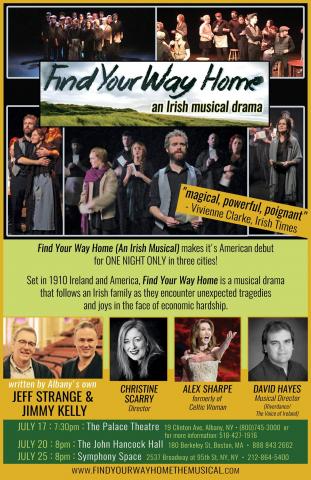 Leading the Irish cast is Alex Sharpe (Celtic Woman/Les Misérables), under the direction of Christine Scarry and musical direction by David Hayes.

Written by American duo, James Kelly and Jeff Strange, "Find Your Way Home" is a new epic musical drama that discovers the fate of family and friends in a coastal Irish town as they struggle with economic travails and contemplate the lure of the United States.  Set in the Ireland and America of 1910, life, death and love are all front and centre in the musical, which features original music blending the Irish folk idiom with traditional musical theatre. 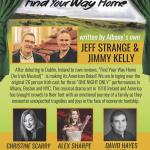